“Zahid F. Sarder Saddi, Bangladeshi Activist and Community Leader, conferred with the newly re-elected Representative of Florida’s 9th District, host to a significant Bangladeshi population within his district and proven advocate of the community.”

WASHINGTON, DC, Jan. 23, 2023 (GLOBE NEWSWIRE) -- Community Activist and Leader Zahid F. Sarder Saddi recently met with Congressman Darren Soto shortly after he was sworn in for a subsequent term, taking his oath of office in the House of Representatives in Washington DC. Congratulating him on securing a fourth term in office, Saddi thanked Rep. Soto for exemplary leadership in his role representing Florida’s 9th district. Praising the representative for his continued, unflinching support to the Bangladeshi-American community of his district. 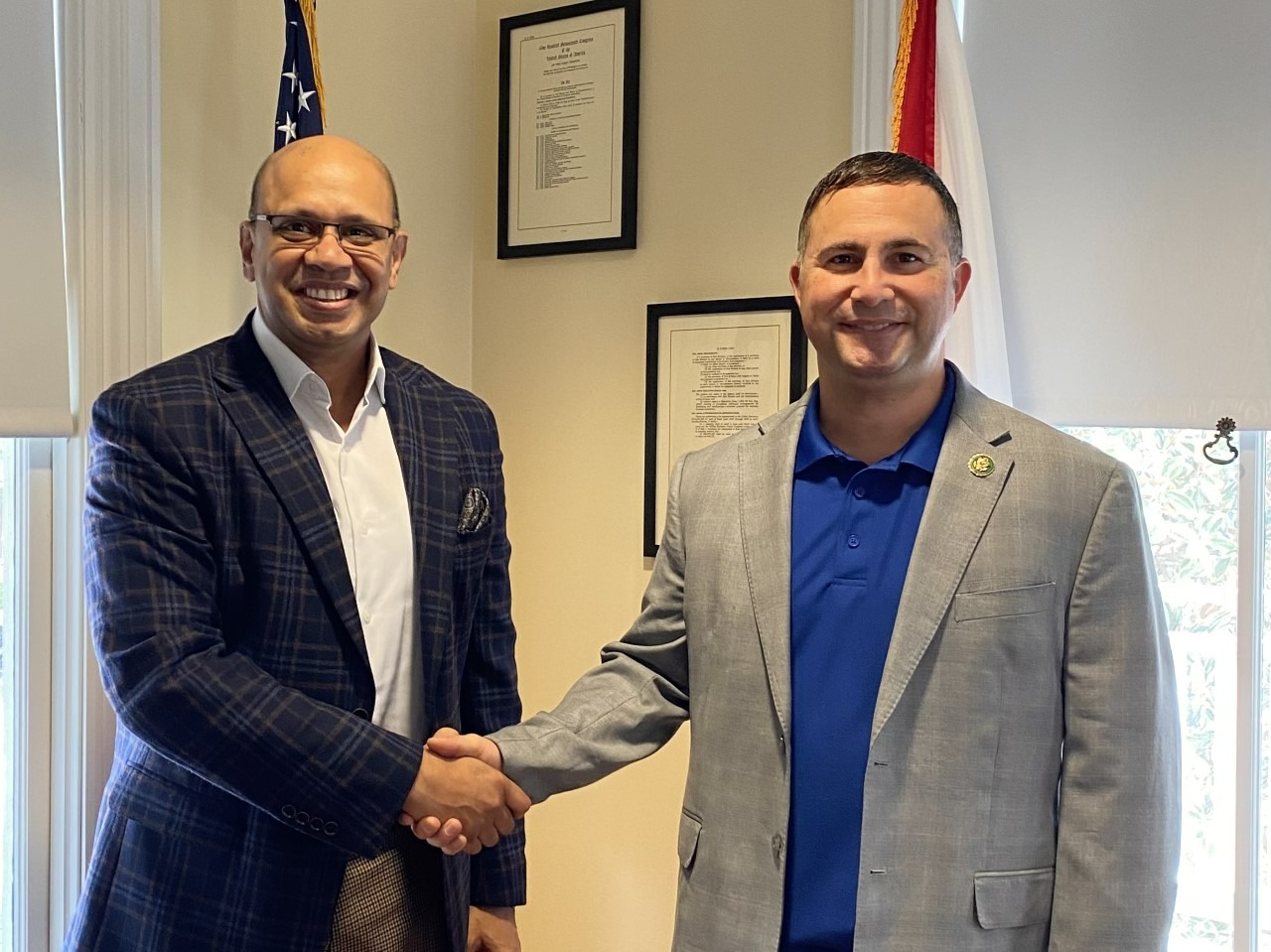 Running through a swath of Central Florida, many Bangladeshi-American small businesses are based in Rep. Soto’s district. Additionally, the demographic is prevalent in the healthcare sector, which has proven essential in providing assistance during natural disasters such as when Hurricane Ian hit a large swath of Florida late last year. Having served during the pandemic and through several natural disasters, Rep. Darren Soto assumed office in 2017.

Rep. Soto, likewise, praised Saddi for an excellent track record in representing and advocating for his community in frequently meeting with members of the legislative and executive branches of the US Government, known as an instrumental figure in conveying the interests and needs of the Bangladeshi people both overseas and domestically in the US, such as in the community of Florida’s 9th District. 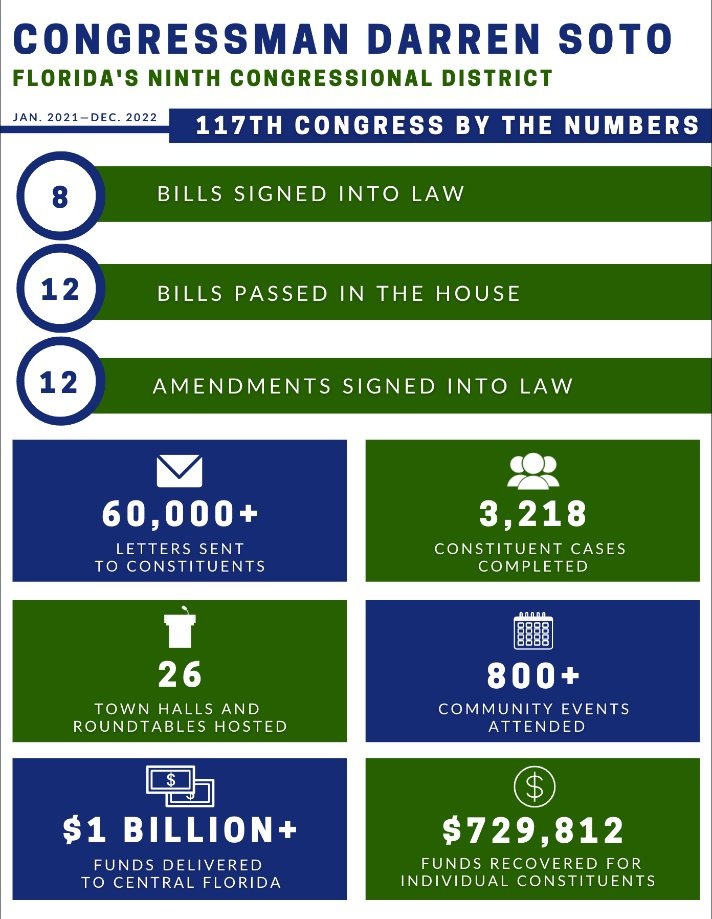 In Congress, Rep. Soto serves on the Natural Resources Committee, as well as the Energy and Commerce Committee where he advocates for greater access to healthcare, fighting climate change, and undertaking ambitious goals protecting the environment to ensure clean air and water. Taking additional steps in office to protect emerging businesses and boost domestically-owned companies making significant technological advances. Emphasizing a strong infrastructure, Rep. Soto has advocated for the community of his district and has delivered greater rates of fiduciary support for his district. 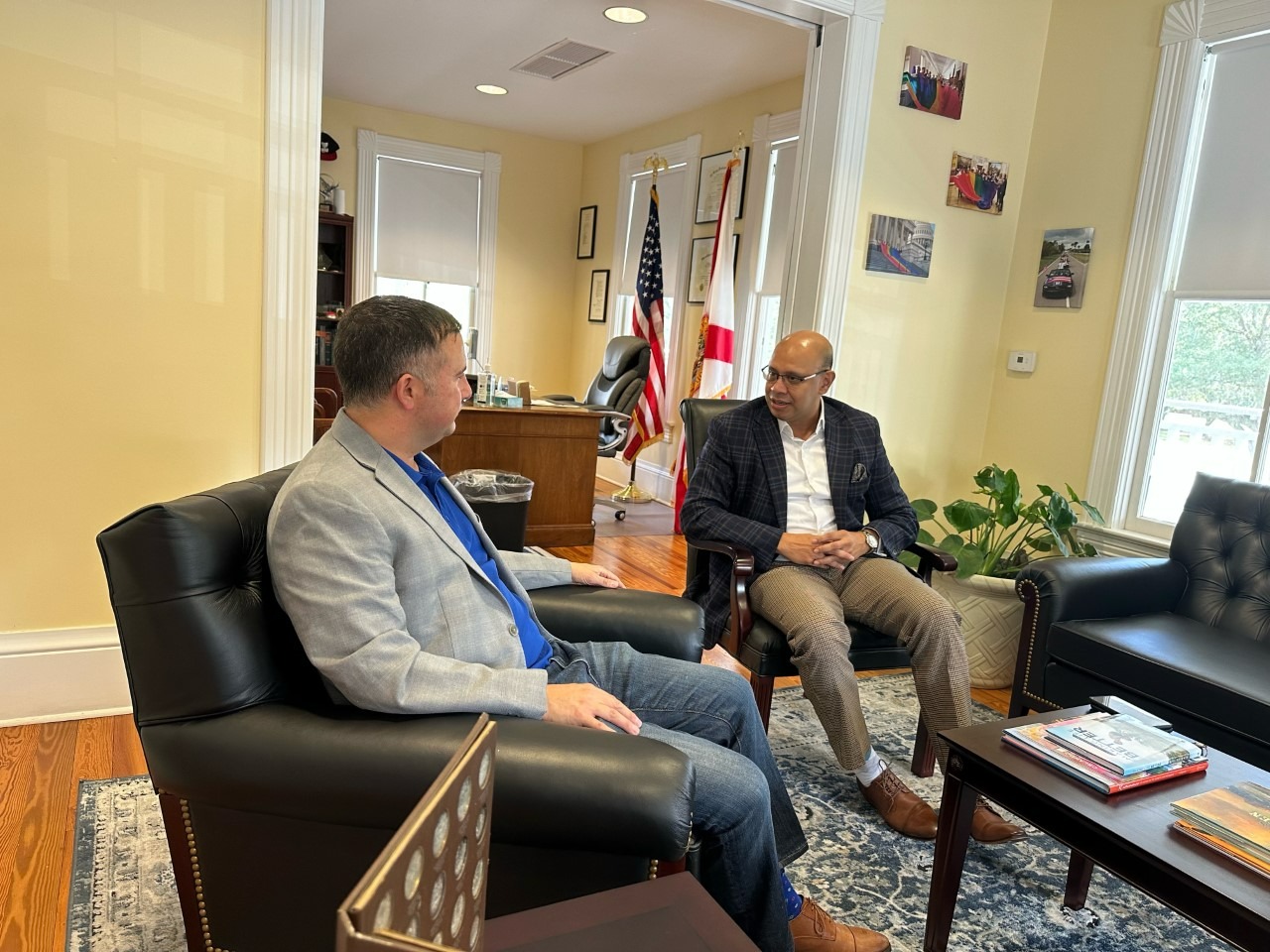 Having secured victory in his election last November by around 15,000 votes, Soto earned his fourth term representing the district which includes parts of Orange, Osceola, and Polk County in Central Florida. Rep. Soto additionally led in all three counties in the 9th Congressional District.

Having held consistent correspondence for over 20 years, Zahid F. Sarder Saddi and Congressman Darren Soto have bonded over a shared passion for human rights and democracy.

“Congressman Soto has been a friend for over 2 decades, and watching his career develop over the years has been incredibly uplifting in my own work,” Saddi says. “From the beginning of his career when he ran for the Florida House of Representatives, I knew he had enormous potential. Also seeing his transition into serving the State Senate, then the United States House, I’m not surprised he’s earned his fourth term in office. Hundreds of thousands of Floridians are rightfully proud of his role advocating for their interests in the United States Congress.” 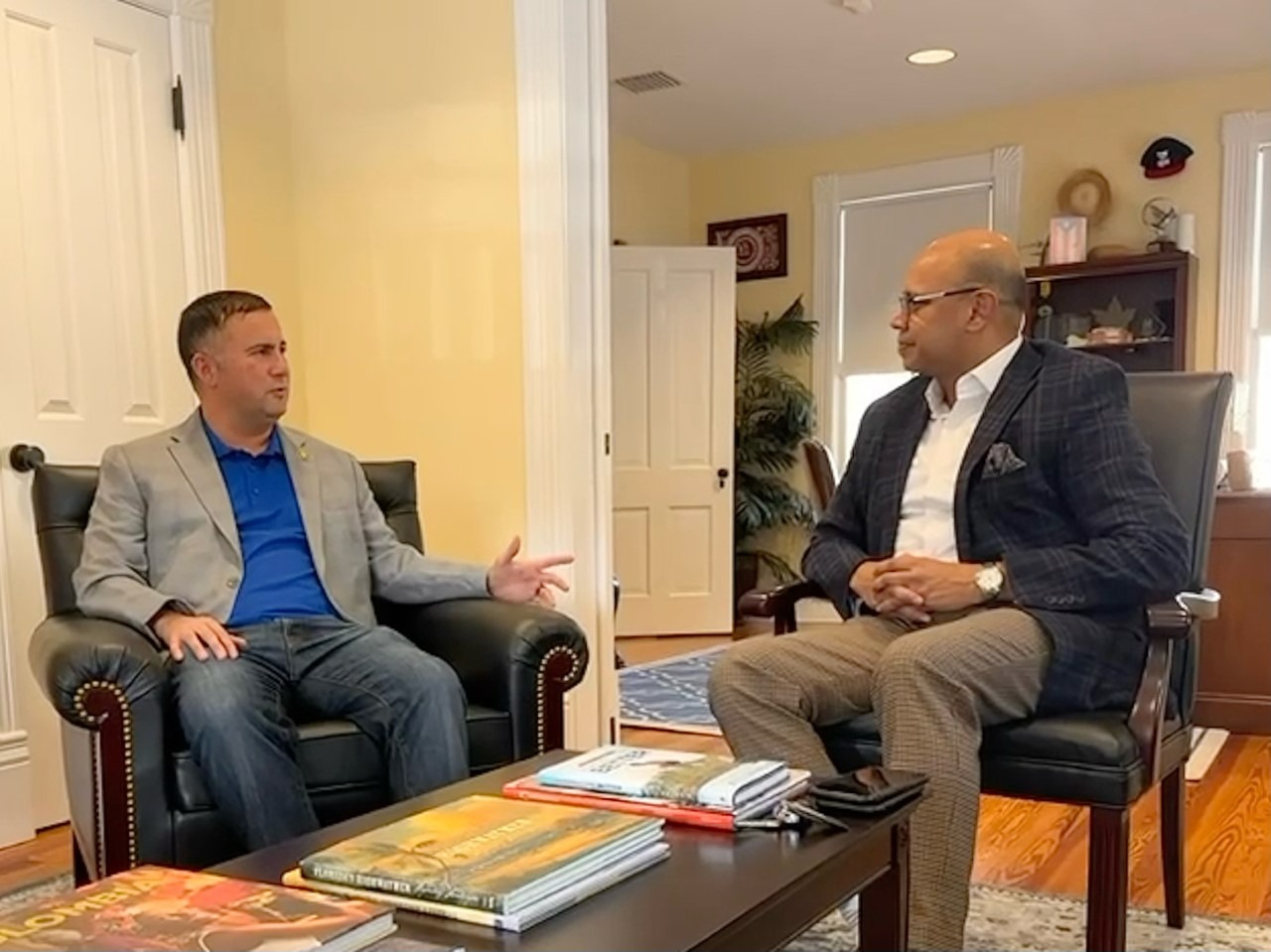 Zahid F. Sarder Saddi sees the achievements that Congressman Soto has made firsthand, as he is a resident of District 9 himself. Residing in Celebration, a master-planned community in Osceola County and a suburb of Orlando, Celebration is located near Walt Disney World and was originally developed by The Walt Disney Company. The community has had a frequent spot on several top 10 lists of the most beautiful locations to live in within the United States. “It’s a town like no other”, Saddi says. “Celebration is a place where you can raise your family and children with a sense of peace and tranquility. And if you need help or support of any kind, your Congressman’s door is always open to its citizens. We appreciate our Congressman Darren Soto’s leadership and unflinching support of the community. It has been an absolute pleasure having him represent us in Washington.”

Dedicated to serving the Bangladeshi community for almost three full decades, Zahid F. Sarder Saddi is an effective foreign affairs advisor that ensures that members of the community both in the United States and living in Bangladesh are equally represented in the halls of US Congress. Having served effectively as Foreign Advisor to the former three-term Prime Minister of Bangladesh, Hon. Begum Khaleda Zia, Zahid F. Sarder Saddi specializes in providing geopolitical insight on the Indo-Pacific. Saddi takes active steps in offering a valuable perspective through continued collaboration with the United States Congress in promoting global democracy and human rights.

Zahid F. Sarder Saddi is an influential civil society leader, humanitarian, and advocate for Bangladesh and its people. He helps Bangladeshi expatriates assimilate into life in the United States while also preserving their own values and traditions. Zahid F. Sarder Saddi works with several organizations and holds a special passion for helping the Bangladeshi community in the United States and around the world.

For inquiries or corrections to Press Releases, please reach out to GlobeNewswire.
✕
× Close Ad